As part of a series of articles on effective teamwork, we have already talked about feedback skills and delegation.

In our new long-read – Management as a Game – we will discuss how a team is built and how to manage group dynamics, what are the functional and ethical positions in a group, what motivates different types of people and who should be at the helm at different stages of company development.

By the way, this was our most-read article in Russian.

Read the first part of the article by our CEO Alexey Kulakov now. 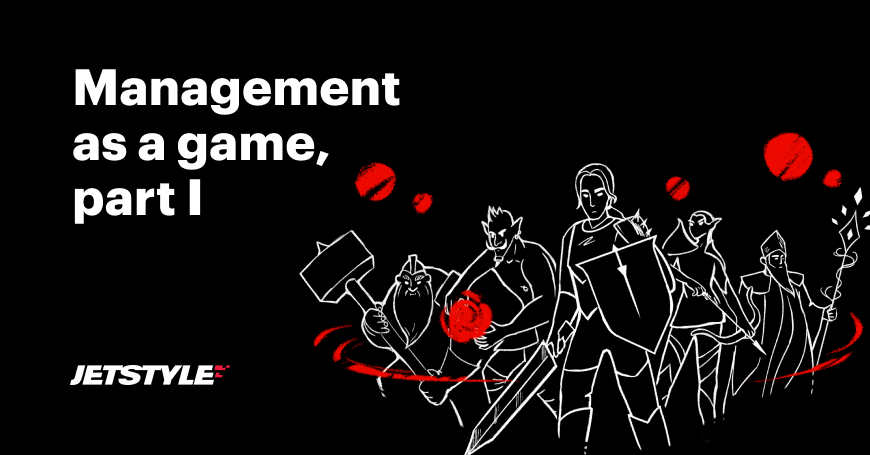 Fifteen years ago, I noticed that in multiplayer PC games, there are many good metaphors for what happens to us in real life. This is how the concept called Hexagrammaton was born. There are many funny pictures and terms below, but in my opinion, they are much more accurate than the rest.

Unlike a significant number of near-psychological theories, the Hexagrammaton is not about personality traits but the role in a team.

Within the framework of my idea, the same person in different teams takes different positions, likes different things, and generally behaves differently. This is not socionics or scientific knowledge. It is rather a generalization of my direct observations.

There are six positions in the Hexagrammaton: 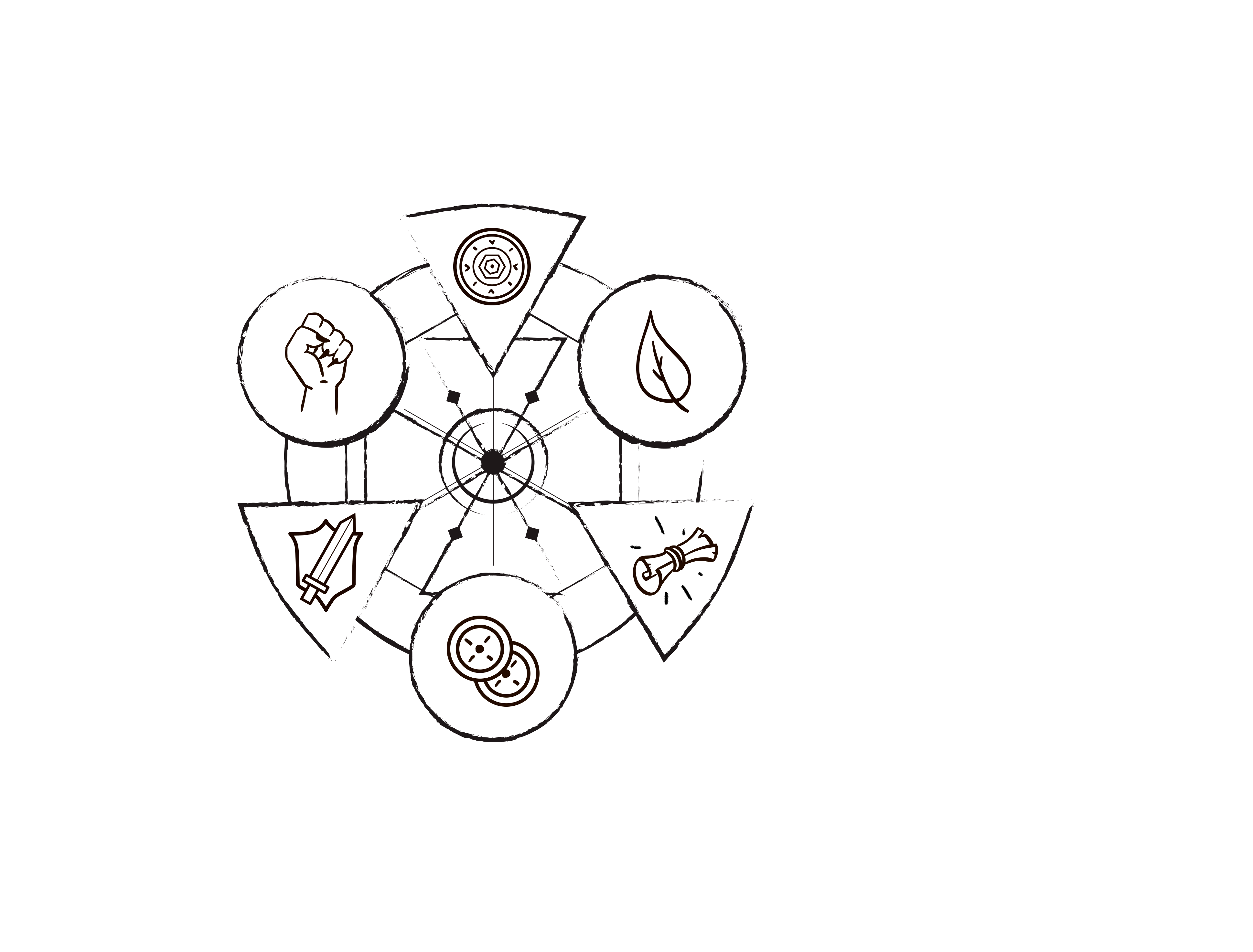 Each position has its motivation — mana. This is some form of social energy. When a person receives it, he or she wants to work harder. If one gets more of this energy in the course of work, they continue to invest an effort. If their energy is only wasted and not replenished in any way, then they “don’t feel like working.” 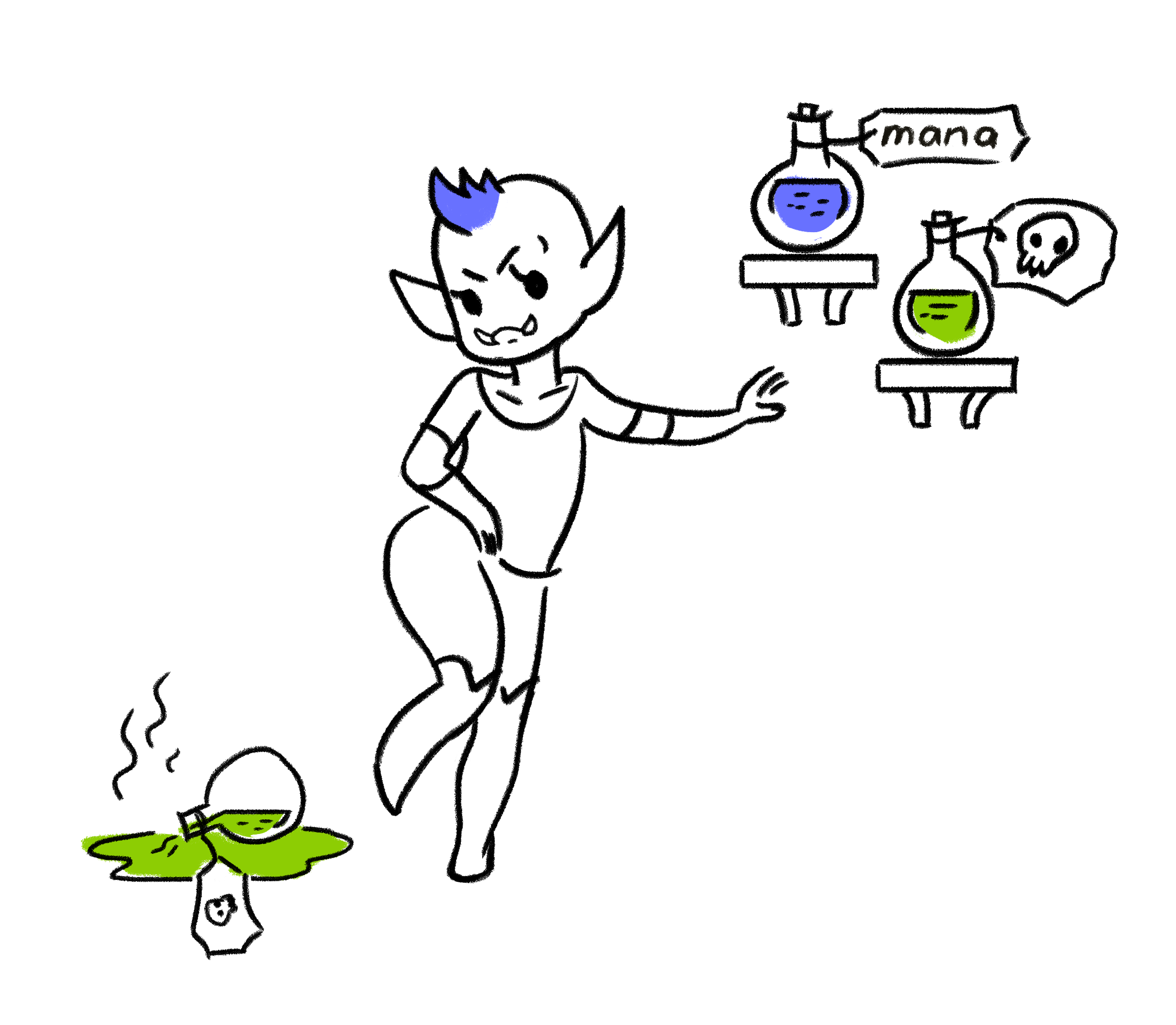 Also, each position is understood according to what a person considers the most terrible mortal sin and what value he or she is not ready to part with. 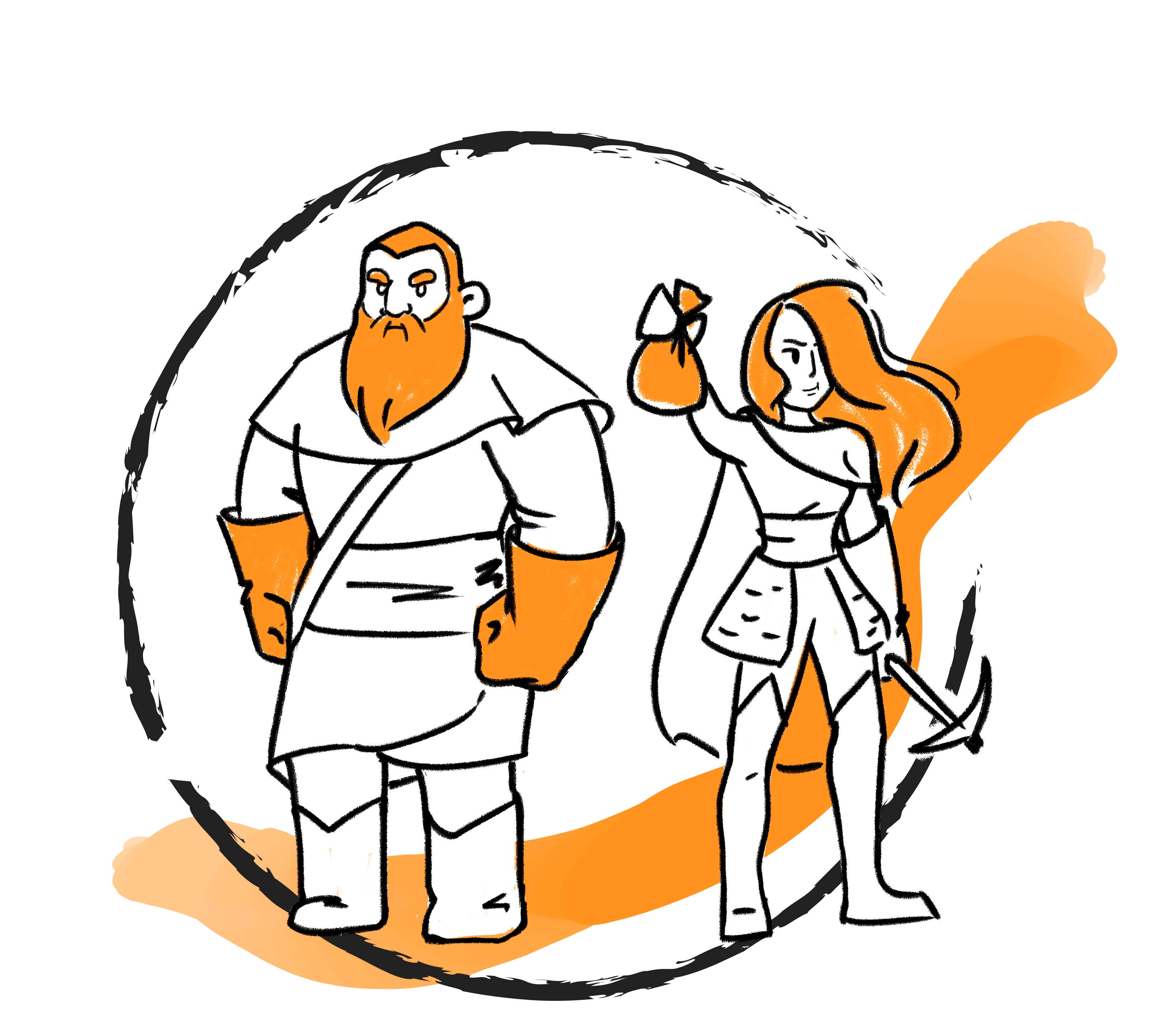 They are all about the money. Dwarves have a very basic form of mana. All the dwarf’s joy is contained in the yellow metal circles. More gold means more joy.

Dwarves value control and look at everything as a resource.

For example, there are resources of “human relationships” or “charisma” or “discovery.” You can talk about all these things using resource logic because it is universal. Therefore, from the dwarfish point of view, people are also a resource. They are the bricks from which dwarves assemble the business engine. 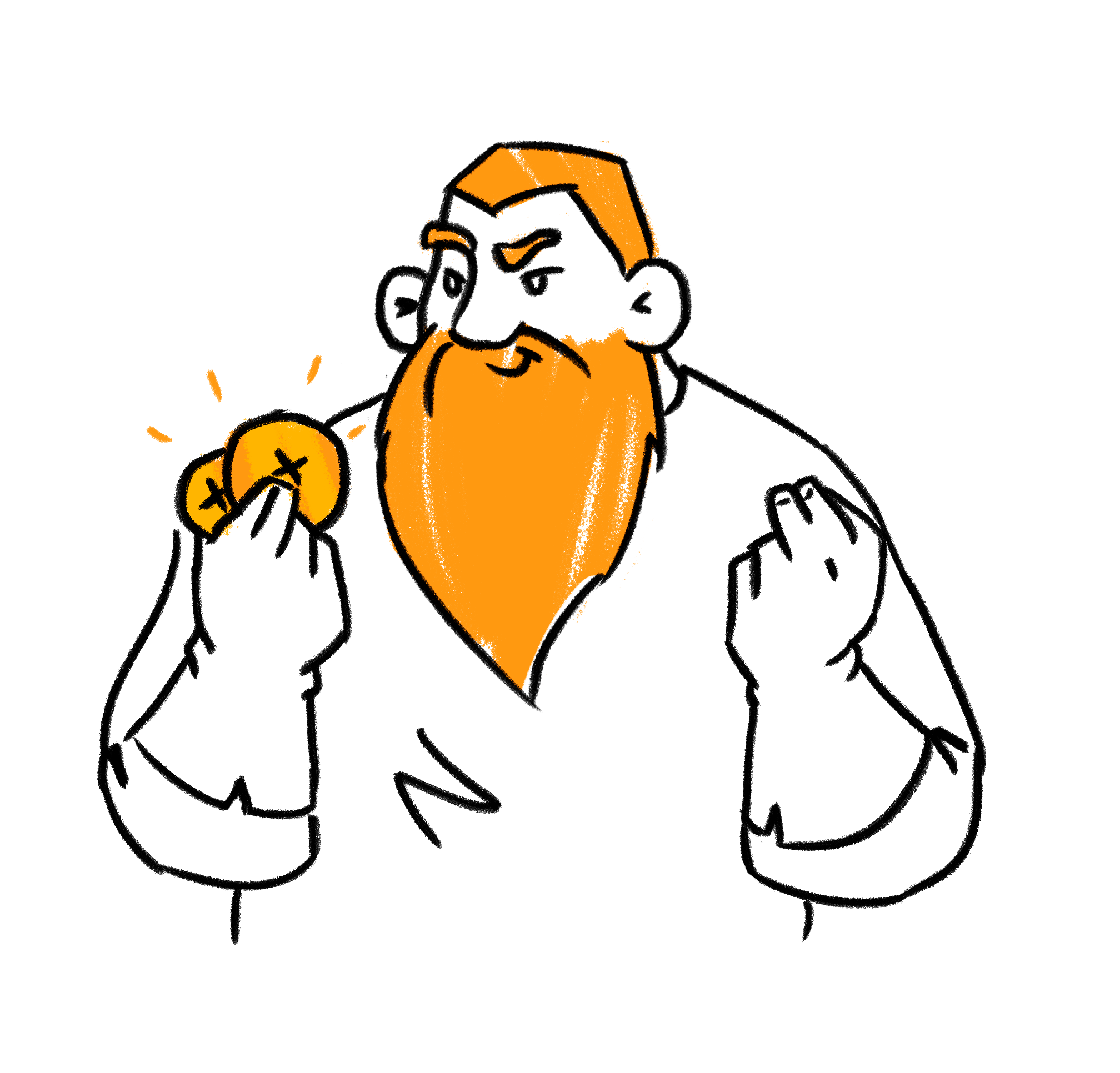 Dwarves are about maximum profit, maximum market control. Each dwarf seeks to own as much as possible. Accordingly, the dwarf’s mode of action is simple: he or she controls those below them in the hierarchy of subordination. Dwarves love to work and love other people for the work they do. For them, of course, for the dwarves.

The one who possesses resources decides for them. When dwarves build structures, they are like, “Yeah. Either I am your resource, or you are my resource.” More or less like this. How can you understand who will do what? If Alex is Taylor’s resource, then Taylor will decide. Whoever owns the resource decides its future fate alone. 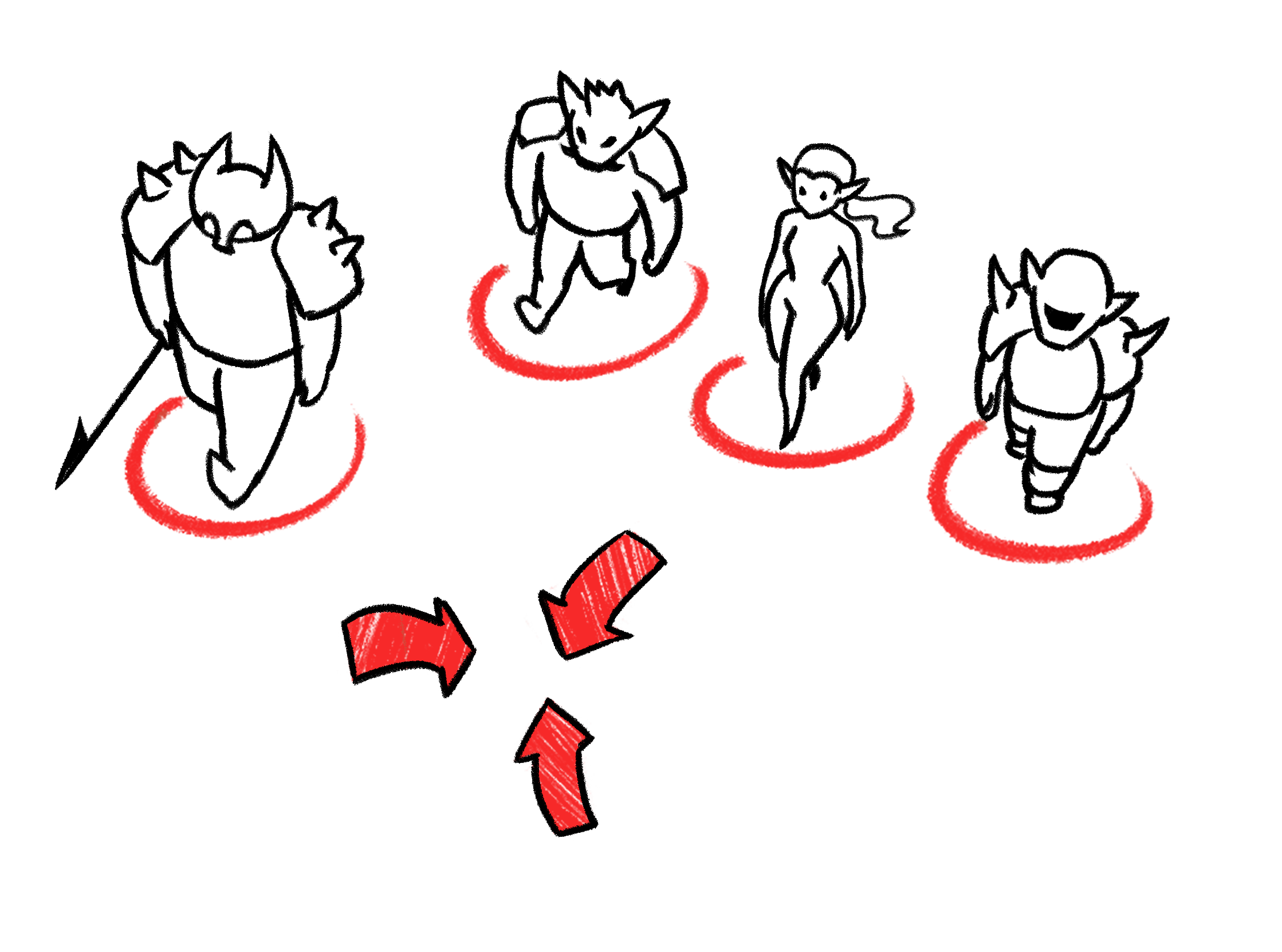 Dwarves are using tyranny. Why ask for a resource? If it belongs to a dwarf, then the dwarf spends it as he or she sees fit.

The dwarves are not ready to part with the resource. A pure, 100% dwarf will say this: “Wait, you want me to spend resources now, and then they may come back to me? Are you complete mugs or something?! I will not give up any resources.”

In this sense, a pure dwarf who does not have inventive ways does not know how to invest at all. Only short-term metrics, only cash flow, only quick turnover will do. “I spend money to ensure that they return reliably. If the money hasn’t come back to me in reliable, simple things, it’s not for me.” How do you pin a dwarf down? Let him or her know that if they don’t do something, they will lose the resource.

The major sins for a dwarf — something for which he or she hates other people — are theft and squandering. A special case of the same sin is to promise but not perform. With the theft, everything is clear: one dwarf took the resource from another dwarf. This is bad but understandable. This happens in the dwarf world. But if you were given a resource, and then simply wasted it, this is an encroachment on the shrine. 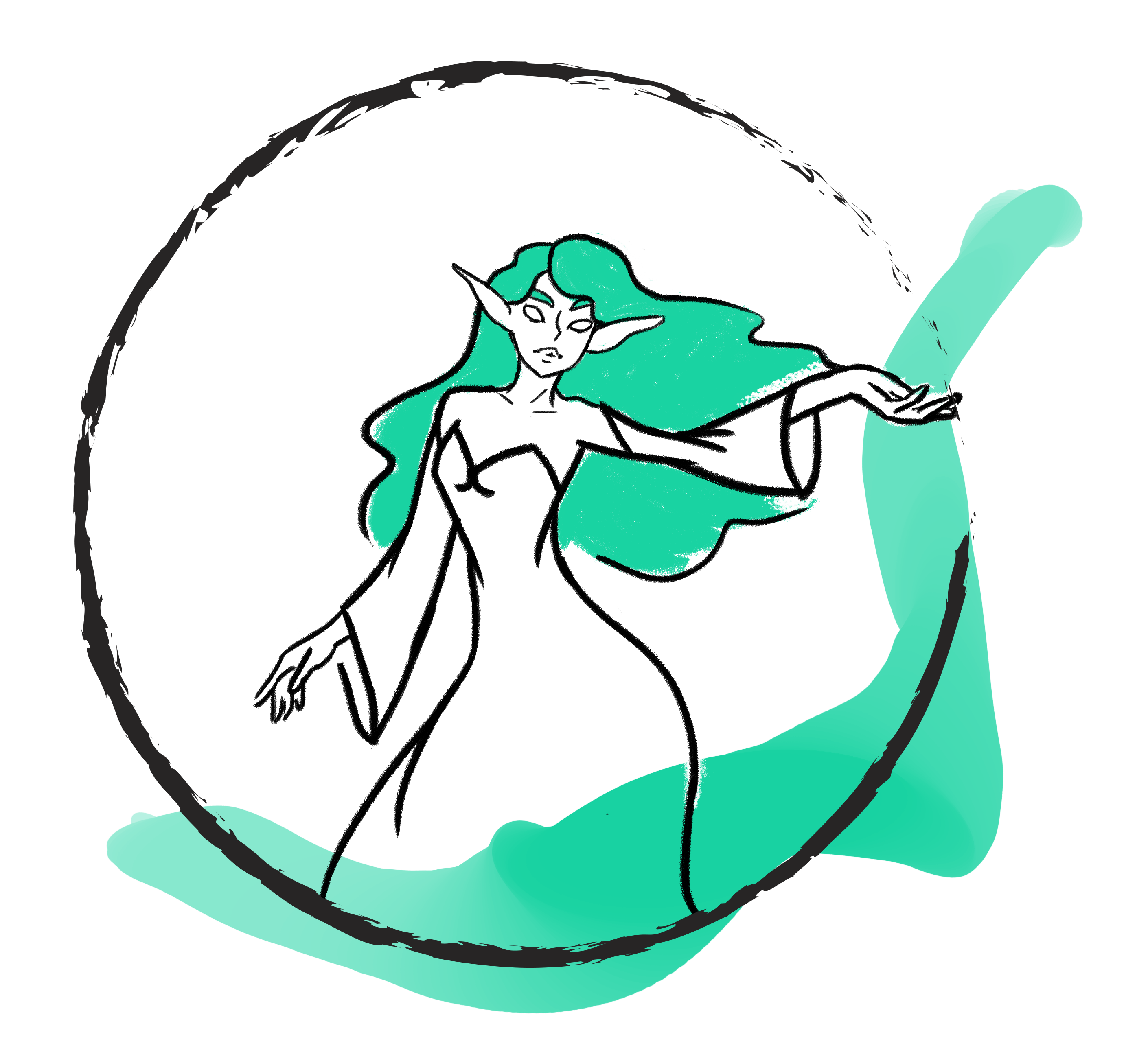 These lads are nothing close to dwarves. They are all about love. In general, if you don’t have elves, then most likely you don’t have a team. You may have a business engine or a research group, but there is no relationship, stability, and social glue, and you don’t want to go to work for such colleagues at all. You do not love anyone, and no one loves you; everyone couldn’t care less about each other. It’s more or less like this.

Elves go to work because there is a good team.

“Brilliant team” — have you heard this phrase during the interview? It is Elvish. The important thing for them is what kind of relationship develops in the course of work, how people treat each other, and whether they value a certain coworker as a person.

What does an elf work for? So that no one is offended, everyone loves each other, no one stepped on anyone’s toe, no one spat in anyone’s soul. Elves are engaged in diplomacy, sharing, self-reflection, and reflecting neighbors.

If HR is not an elf, then, most likely, he or she is unsuitable for the profession. Usually, HR is an elf and someone else, but an elf is a must. For example, there are elves-dwarves. 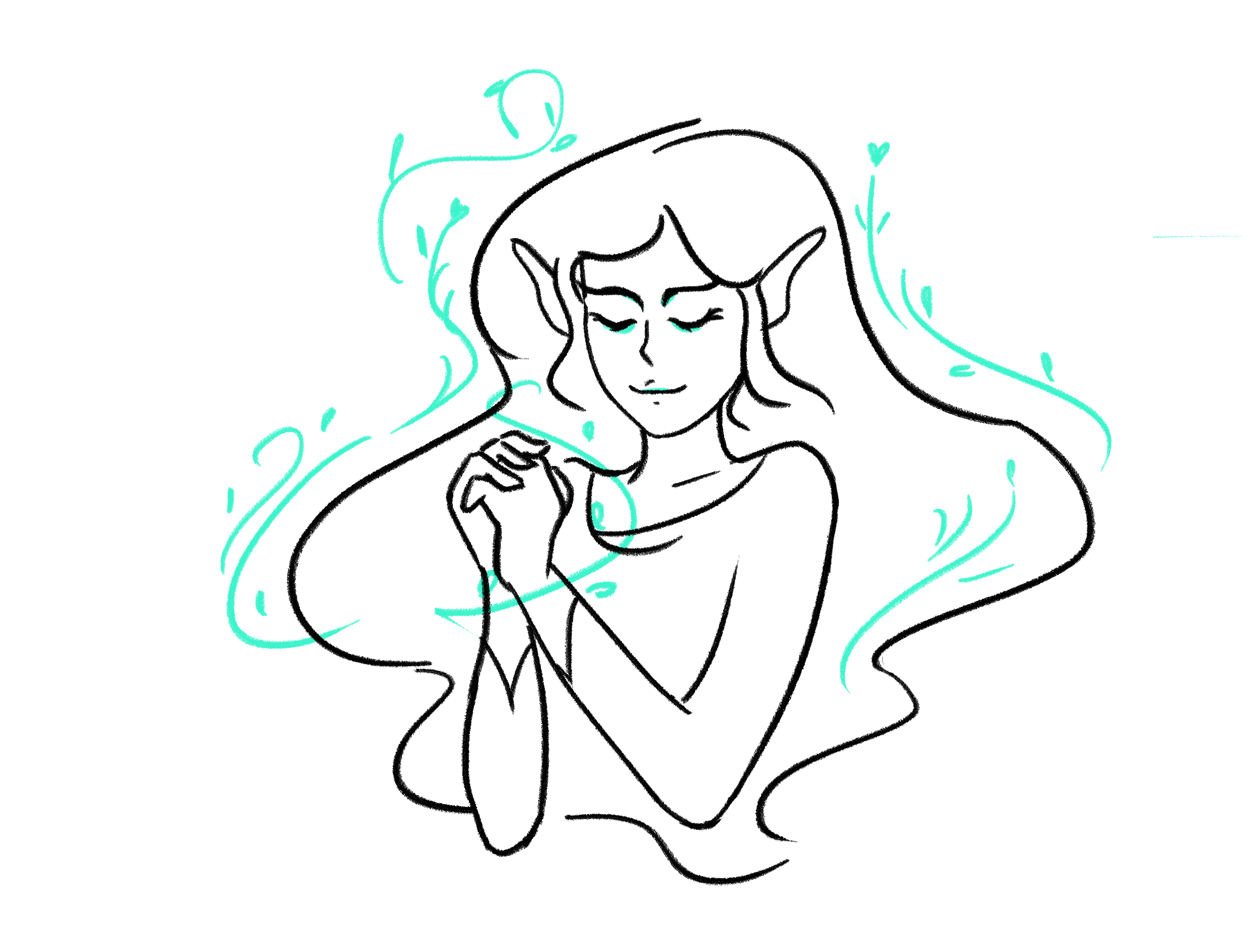 Elves have the most disgusting way of making decisions of all. Even worse than democracy. This is a consensus. “We will not do anything until everyone agrees.” This is the slowest blurry aught. You can tread water as much as you like. One sickly demonstrative person brings the whole team of elves into complete interoperability. Nobody does anything because somebody doesn’t agree.

The management style that the elf leader uses is negotiation. People have to work voluntarily.

In general, this is a very good emotion. The story I’m now telling you is largely elven. The ideology of Hexagrammaton is that a person works because work brings him or her joy. This is how I build JetStyle. I think it’s cool for me to work with people who like to work because then it’s cool for me too. This means that I am generally an elf.

A pure elf does not know how to give orders at all because orders are painful. The elf is making agreements.

At the same time, the elves’ major sin is non-team play. First, elves are jealous creatures. If you, God forbid, love not only our team, then one day you simply will not wake up. Cheating is the first thing. But an even more terrible sin is desertion. “Where did you go from our sect? What is it? You are a traitor.” “It seems that Kyle is cheating on us with the neighboring team. Now he will regret it.” 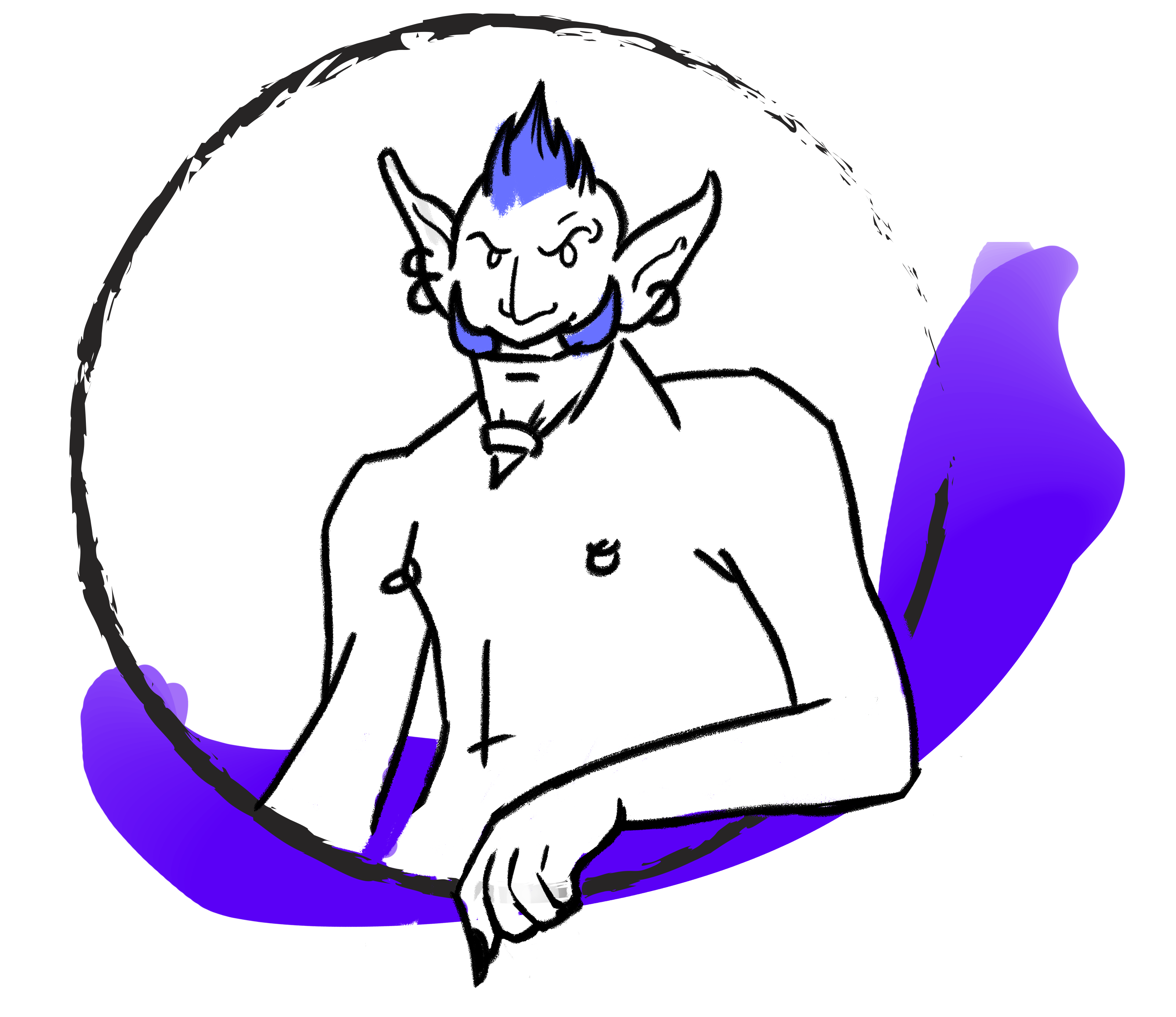 The first ethic — dwarvish — is resource-based: a good fellow is the one who accumulates resources.

The second — elven — is the ethics of love and justice. We are all human and must do so that we all feel good. The main values ​​are the team and the individual, love, and justice.

What is the third ethics about? It’s about the truth. It’s about what are the facts and how the world works. This is what lies at the heart of troll ethics.

And if at the same time everyone is crying, everyone is smeared to hell, and the elves are hollering and having a breakdown with dramatic seizures, then the troll thinks to himself: “Oh, how cool I revealed the truth.”

Let me demonstrate it to you with the dwarf example. “I have the money, and I got it because someone does not clearly understand why he or she gave it to me.” Then a troll comes and says: “Let us honestly tell him or her how things are.” He or she won’t live long. Who needs this truth?

Dwarves dig for the truth, but not for any and only if it brings a resource. Trolls just love to show that in fact, the world is not what you think, but different. In this sense, they have no goal of hurting their neighbor. They just don’t care about the pain — they care about the facts. They love critical thinking, formal logic, and digging into the truth.

By the way, inventions are not made without trolls, because it is necessary to expose the nature of things to make an invention. They urge us to get inside and figure out what the real problem is. To remove the skeletons from the closets and dump them on the table. Elves and magicians also love creativity, but they will not dig into where they have to hurt people. At the same time, inventions within an organization are almost always painful. 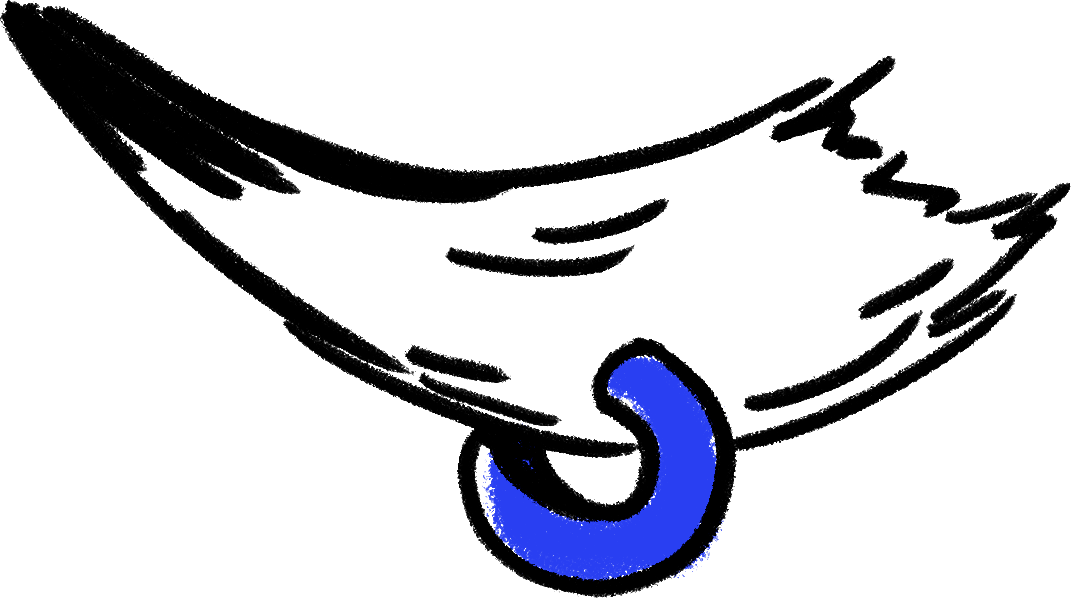 The most terrible. It’s even worse than the elven. It is a fight club with no rules, but with battles on the facts.

What troll is unfit to perform? He or she cannot be silent. If there is some truth that is not profitable to tell, the troll will tell it anyway — because the truth must be told. 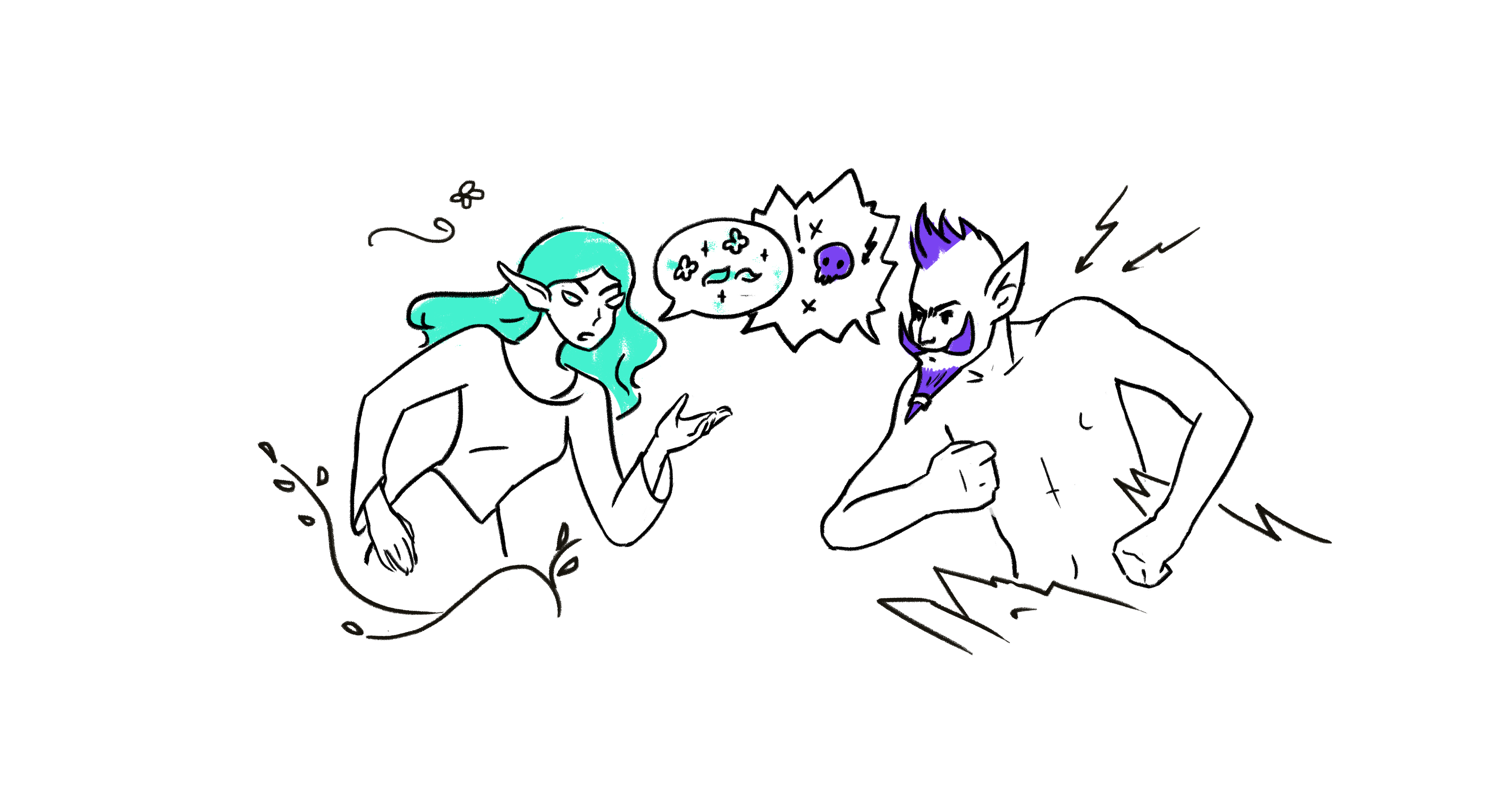 What does the conflict between dwarves and elves look like? 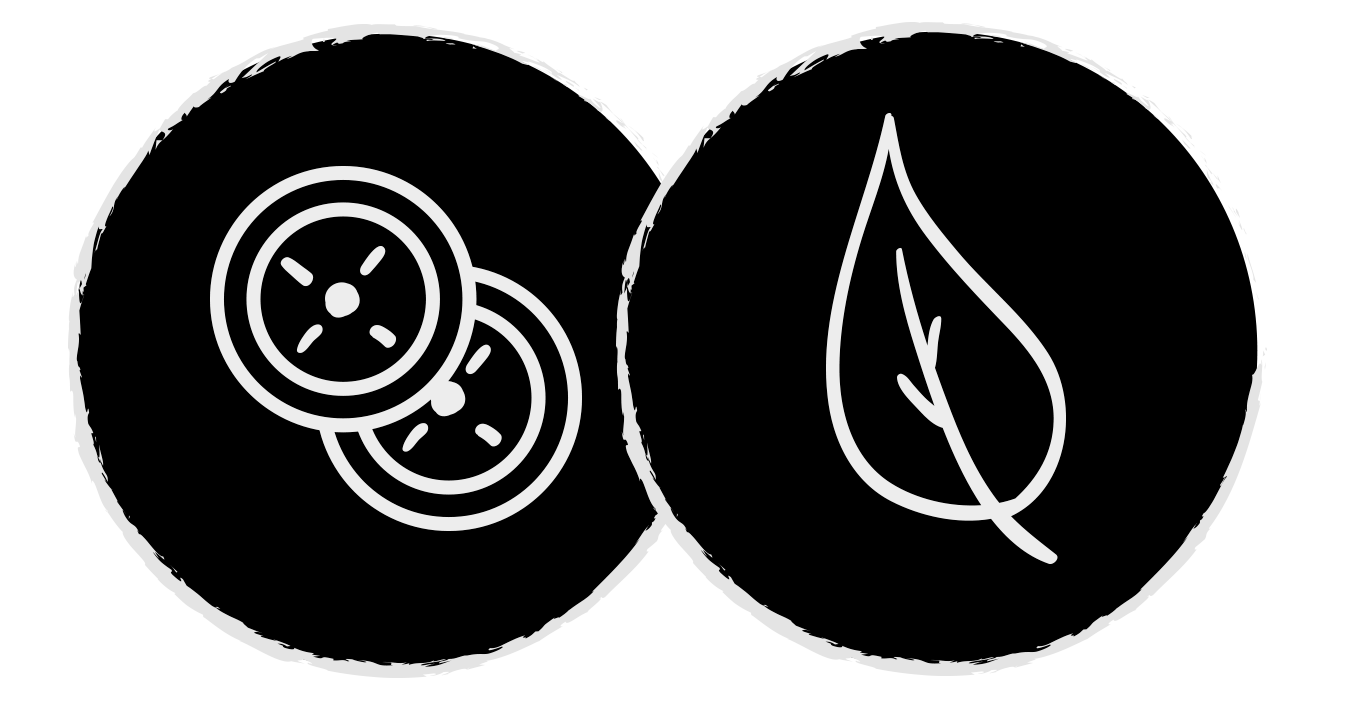 Elves:
“Okay, listen, we are people, we are not engines. We are one big family. And you make us waste our resources and die at work. It’s inhuman.”

Dwarves:
“No, wait. We make money here, this is a business, and business is an engine. Yes, of course, we use human resources for this. By the way, you are our resource.”

An example of a conflict between dwarves and trolls: 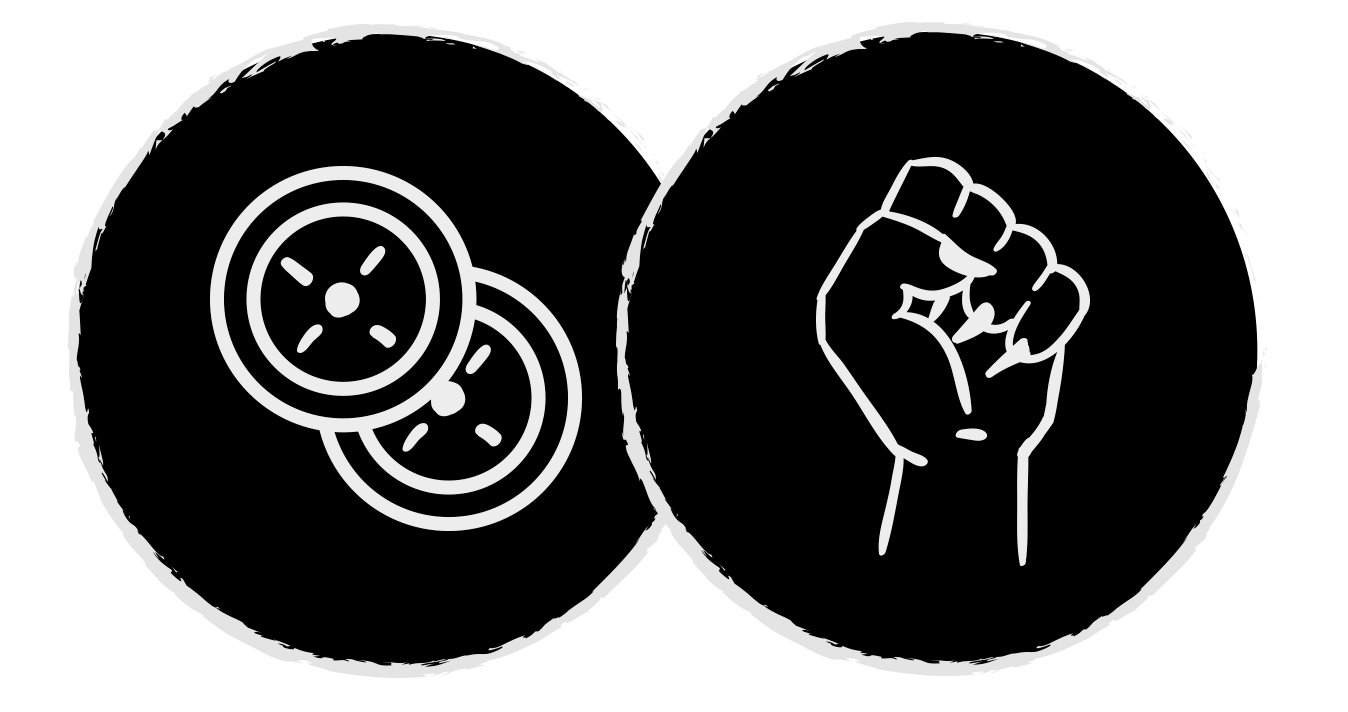 Dwarves:
“Truth should be expressed only if more resources become available as a result of this truth.”

Trolls:
“No, the truth must be spoken out anyway, because that’s how the world works.”

The conflict between trolls and elves looks quite like this: 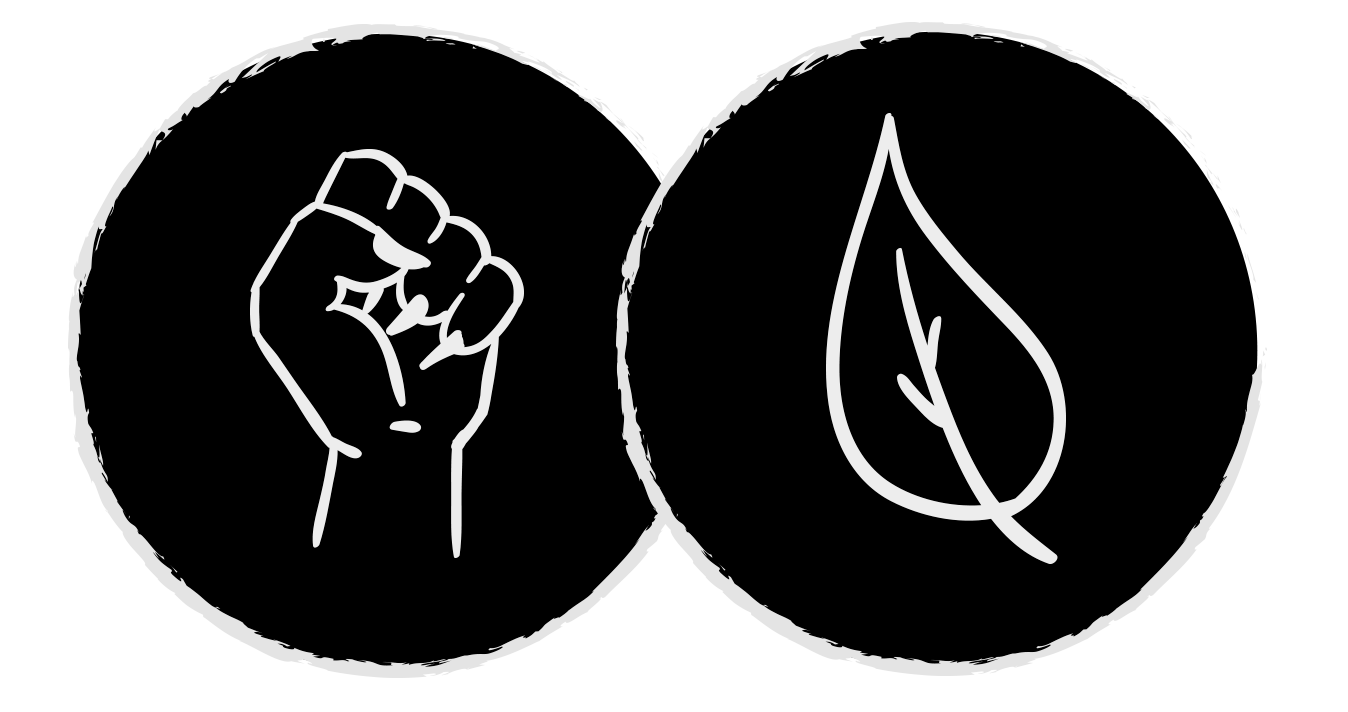 Trolls:
“Here is Alex. He is an asshole.“

Trolls:
“Alex, indeed, is ours, but he is still an asshole.”

If one of the ethics is missing — there are problems.

If there are no dwarves, then there is no business.
Resources are simply squandered, trolls with elves play their magic games, no one makes money. We’re here solely for communication.

If there are no elves, then there is no team.
It doesn’t make sense to live like that; it hurts. We don’t get any energy from work itself.

If there are no trolls, we start lying to ourselves.
We quickly withdraw into ourselves or find ourselves in the logic of the sect. Teams in which there are no ethics of truth promptly understand that they are the best, that everything is cool with them, and if someone thinks otherwise, then they just need to be crucified.

In the Part II we will talk about functional positions — magicians, priests and warriors, how they work together and how the company grows, and also we will diagnose ourselves to which position we belong to.